She is the most perfect dog on the planet 💖 #T

#FlashbackFriday is dedicated to #Nickyinparis or

Happy Birthday to me! 🧁 This year totally suck

This beautiful #watercolorpainting of myself & Ang

I’m seriously missing my #neonpinkhair from 2007

As you might know (wink wink) I’m slightly obses

“I am a judge born, raised, and proud of being a

Married With Children – Where Are They Now

Since its original air date in 1987 throughout almost 3 decades of re-runs and online views "Married… With Children" is considered one of the most popular sitcoms on TV despite many years of controversy. Although the show ended after 11 seasons in 1997, the legacy of the dysfunctional yet beloved TV family lives on.

In honor of the great Bundy family and all their neighbors, friends and acquaintances (and many guest stars) we brought you a very special edition of Now & Then and we have all the juicy details for you next… 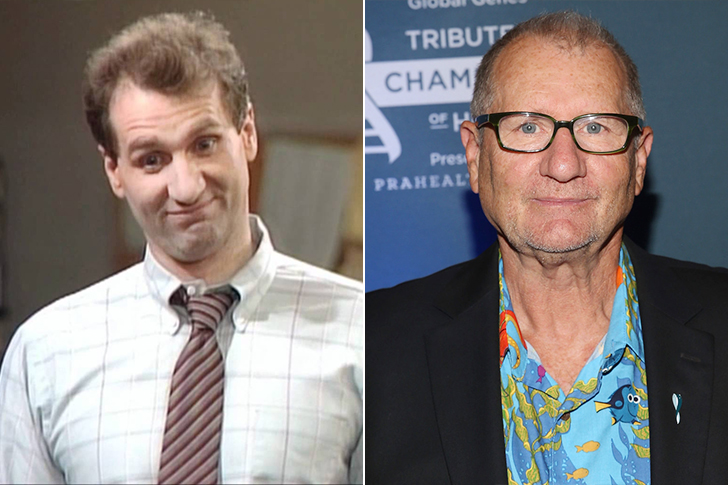 After a decade on the air as the misanthropic and chauvinistic patriarch of the Bundy family, Ed O'Neill guest starred in several TV shows and movies ("Big Apple", "L.A. Dragnet", "The West Wing", "John from Cincinnati" and " Finding Dory") but he rose back to glory in the award-winning "Modern Family" (still running after 7 seasons) playing once again the family's patriarch, Jay Pritchett and winning 3 SAG awards. In 2011 O'Neill received a star on the Hollywood Walk of Fame. He is 71 years old and still very much active in acting.

Fun Fact: in 2005 O'Neill was reunited with his former TV wife on her show "8 Simple Rules" on an episode titled "Old Flame". 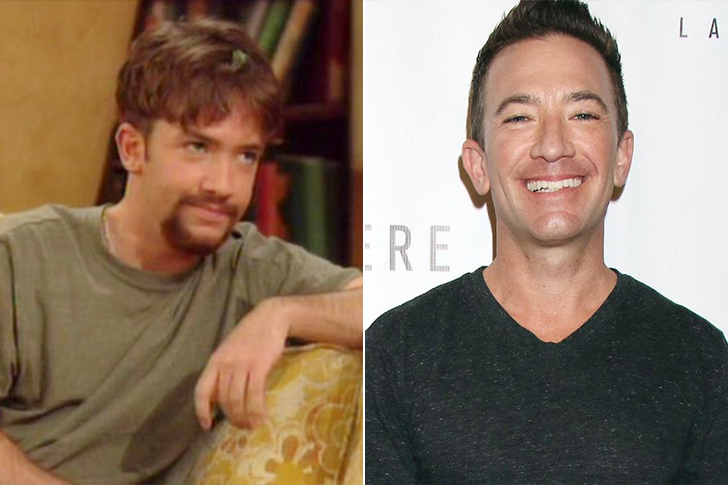 David Faustino was only 13 years old when he took on the role of Bud Bundy. After the show ended Faustino maintained a steady career, guest appearing in various TV shows & Films. In 2002, he appeared in the reality TV special "Celebrity Boot Camp" and in 2013 he had a guest role in "Modern Family" alongside his former TV dad in the episode "Bad Hair Day". In 2007 Faustino was arrested for possession of marijuana and disorderly intoxication that were later dropped after he agreed to enroll in a drug rehabilitation facility. Today, at the age of 41, he seems to have his life together and continues appearing on TV and Radio. 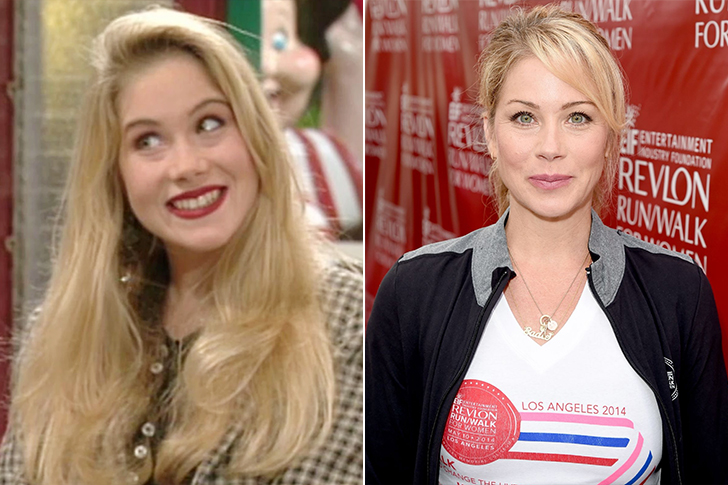 Christina Applegate got her big break at the age of 15 when she took on the decade-long role of the promiscuous "dumb blonde" daughter, Kelly Bundy. When the show ended she had all doors opened for her and she built herself as an established actress on both film and TV, with over 70 titles to her name, winning an Emmy and earning Tony and Golden Globe nominations. In 2008 was diagnosed with breast cancer, undergone a double mastectomy and was declared cancer-free. Even before her own personal experience, 45-year-old  Applegate was a breast-cancer awareness activist and later she had founded "Right Action for Women" a charitable foundation dedicated to breast-cancer screening for women. 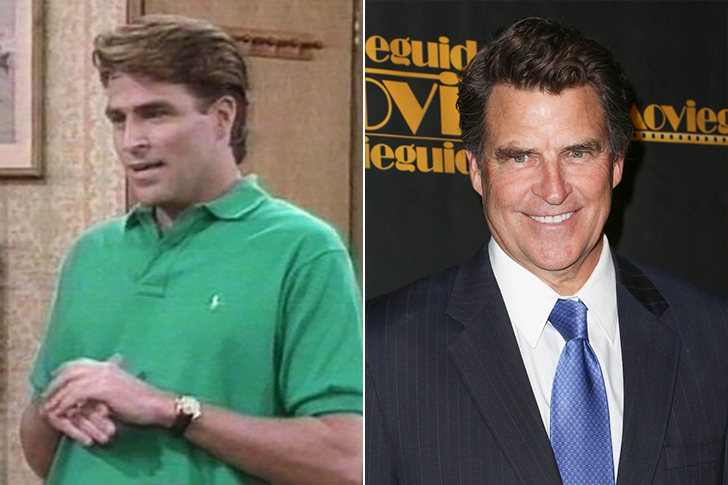 Before becoming pretty-boy male bimbo, Jefferson D’Arcy, Ted McGinley had quite the resume with a regular role in shows such as "The Love Boat", "Happy Days" and "Dynasty". After 8 years on the show his career slowed down, he still kept having guest roles in various TV shows and small films but his only steady role was on the show "Hope & Faith". Now at 58, McGinley is giving is his voice to Transformers: Robots in Disguise the animated series. 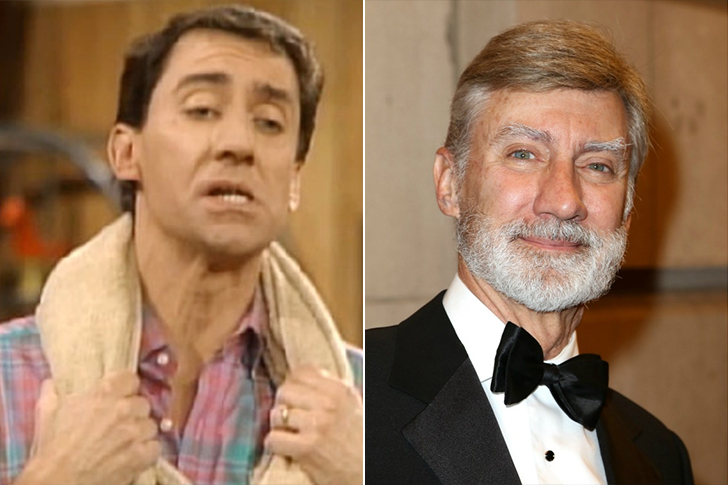 David Garrison started off as a theater actor before taking on the role of Steve Rhoades, Marcy's first husband. After the show ended, he went on to appear in shows like "Law & Order" and "The West Wing". In 2005 he went back to the theater playing the original role of The Wizard in "Wicked" from 2005 until 2009. Now he is 64 years old and his most recent role was a guest appearance on "Madam Secretary" 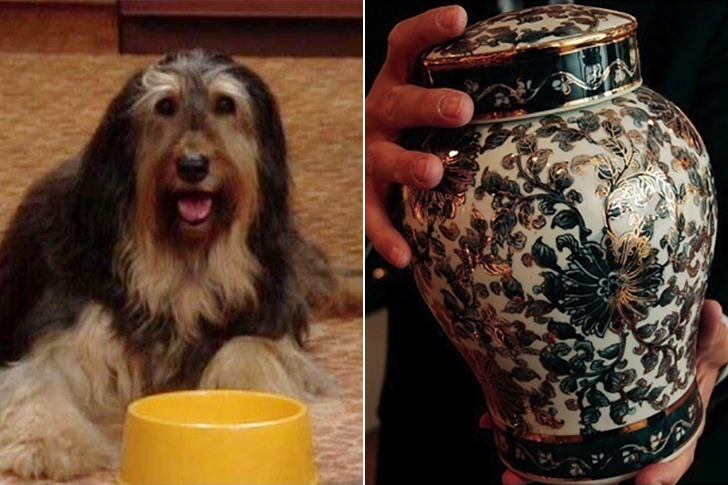 Buck the family dog, Played by a tri-colored Briard named Michael (Voice-over by writer/producer Kevin Curran, actor Cheech Marin and staff member Kim Weiskopf). Buck died in the series to allow Michael the dog who was 12 and a half to retire, sadly, Michael died at the age of 13.

Known as Griff, Al Bundy's co-worker and friend at the shoe store (and of course a member of Al's "NO MA'AM" organization). 68-year-old Harold Sylvester had a reoccurring role in "The Army Show", "City of Angels" and small guest appearances on " CSI: Miami", " How Men Become Dogs " and " Malcolm in the Middle ". He hasn't been seen on TV since 2015. 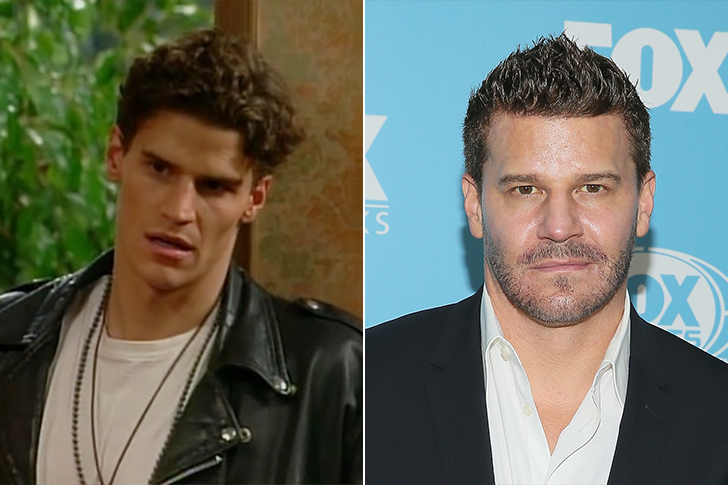 David Boreanaz was one of Kelly's many loser boyfriends. You might remember him as the biker who cheated on Kelly in the movie theater and got beaten up by Al. This was Boreanaz's second role, 4 years before he became the famous vampire Angel, starring in "Buffy the Vampire Slayer" and its spin-off "Angel". Now 41 years old, David is the star of the show "Bones" since 2005. 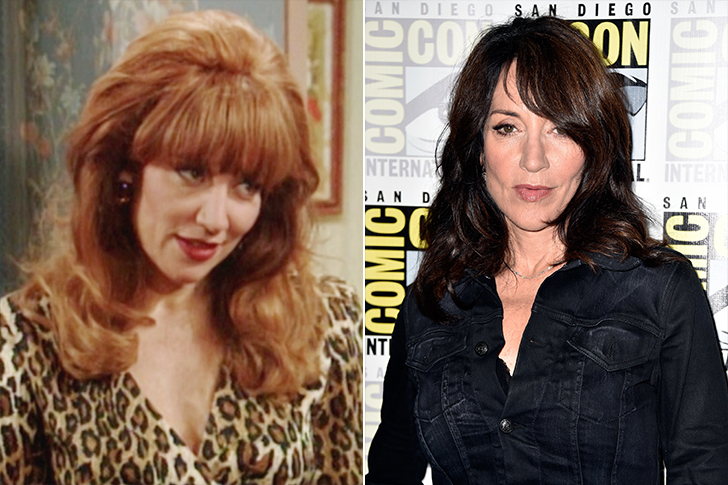 Katey Sagal has made a professional career of playing the mom card. After a decade in the high heel shoes of TV's most famous redhead, Peggy Bundy, Sagal had continued having a very successful career in TV & Films. Mostly sticking to the mom typecasting, Sagal has played over 15 TV moms, most noteworthy, Jemma Teller, the fierce matriarch in "Sons of Anarchy" Created by Kurt Sutter, her husband since 2004 for which she won a Golden Globe in 2011 and as Cate S. Hennessy in "8 Simple Rules". She also gave her voice to the character Leela on "Futurama" and recorded 5 studio albums as a solo singer. She is 61 years old and still rockin the tight pants and high heels.

Fun Fact: In 2014 Sagal was honored with her own star on the Hollywood Walk of Fame, right next to her co-star Ed O’Neill.

Best known for her role as Marcy (Rhoades) D'Arcy the Bundy's annoying neighbor, Amanda Bearse only appeared in a handful of other shows before shifting to a career in directing. She’s helped direct hit shows like Dharma & Greg and MADtv. In 1993 she came out as a lesbian and in 2006 teamed up with Rosie O'Donnell to direct "The Big Gay Sketch Show". 58-year-old Bearse has been off the radar in the last few years and last seen in a guest role on "Anger Management" in 2013. Rumor has it that she didn't get along with former co-star Ed O'Neill and didn't even invite him to her wedding. 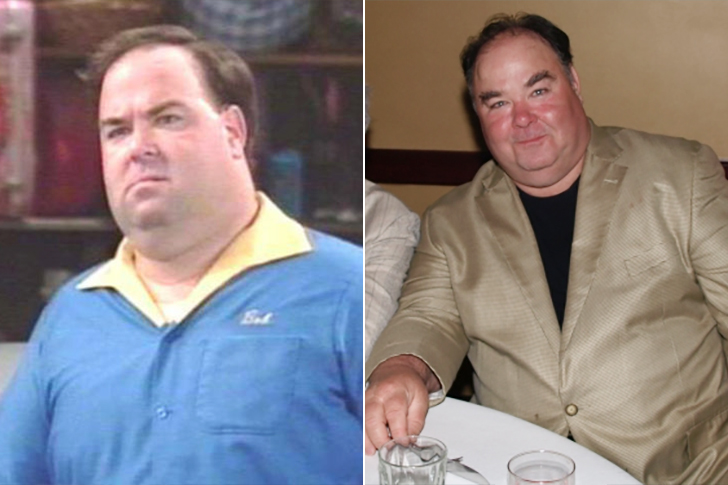 Known for his role as Bob Rooney, one of Al's friends from the neighborhood and treasurer of "NO MA'AM". After the show he had a recurring role in "The Amanda Show", " The Bold and the Beautiful", "How I Met Your Mother" and a small role in "Glee", "Water for Elephants and "Hail, Caesar!". 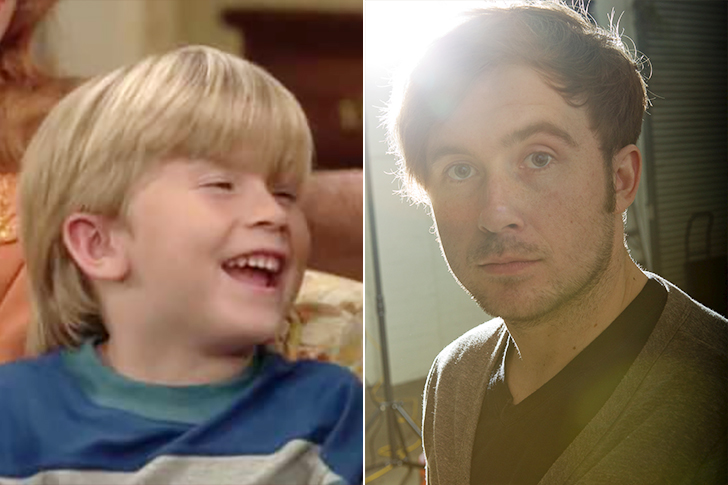 Possibly one of the most disliked characters on the show, mostly due to a strange plot line, "Seven" was a 6 year-old-son of one of Peggy's hillbilly cousins that was dropped at the Bundy's for them to… adopt? He appeared on the 7th season of the show and disappeared in the middle of the 8th season with no real explanation. After the show he went on to co-star in Nickelodeon's "The Journey of Allen Strange" and appeared on "Figure It Out". In 2005, after graduating from high school, he began pursuing a career in music with the band "The Celestial Matinee". He is now 31 years old. 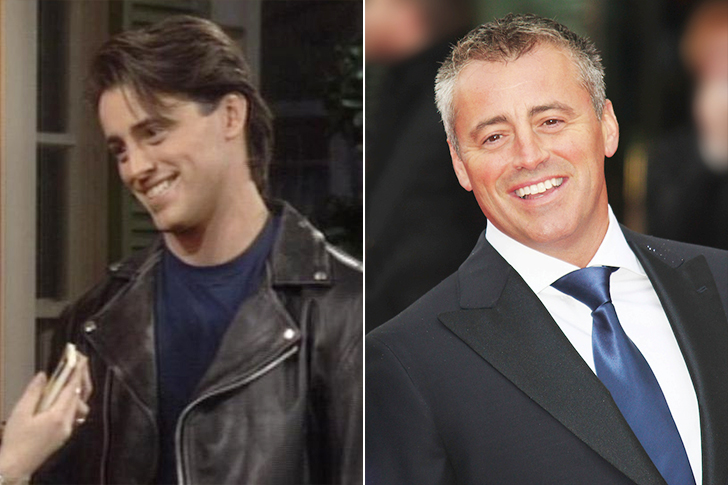 Vinnie was one of Kelly's boyfriends and the son of one of Al's buddies, he was also one of the characters in 2 of the show's spin-offs "Top of the Heap" and "Vinnie & Bobby". Two years later he received the role that changed his life as Joey Tribbiani in "Friends" and in the spin-off "Joey". Since 2011 Matt has starred in the show "Episodes" and recently in "Man with a Plan". 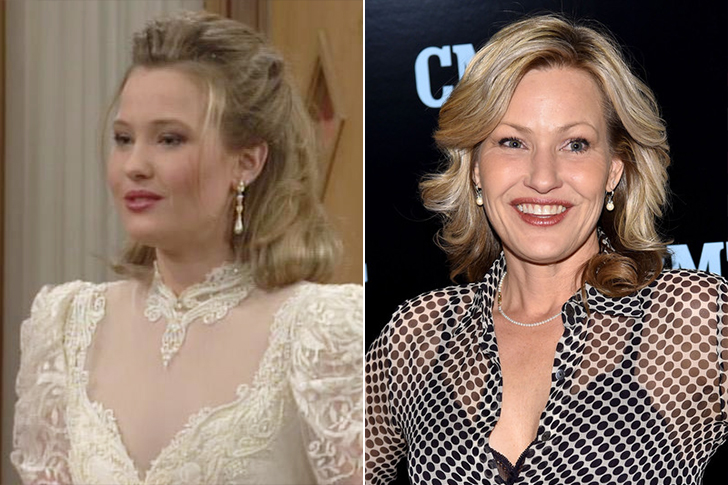 On the day of her wedding to Bud's cousin, Effie seduced Bud to release the wedding stress. Cousin Effie later appeared in the short-lived spinoff "Top of the Heap". A few years later Adams was discovered by Kevin Smith and appeared in his movies "Mallrats", "Chasing Amy" (as the female lead), "Jay and Silent Bob Strike Back" and "Clerks". Adams also had a guest role in "Grey's Anatomy" and recently a reoccurring role in the show "Still the King". 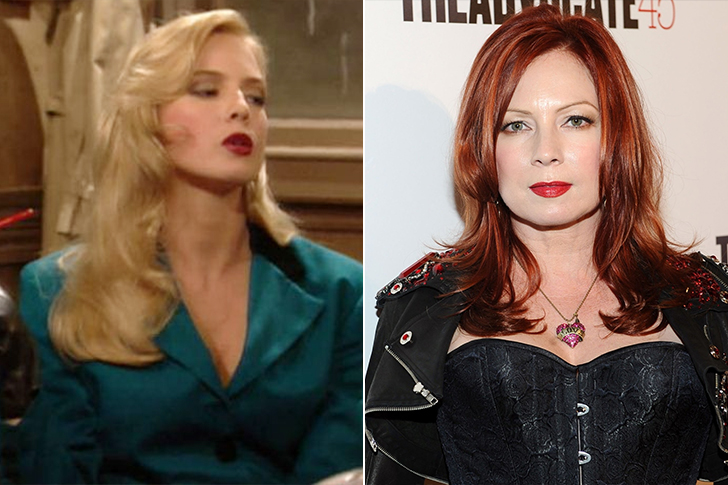 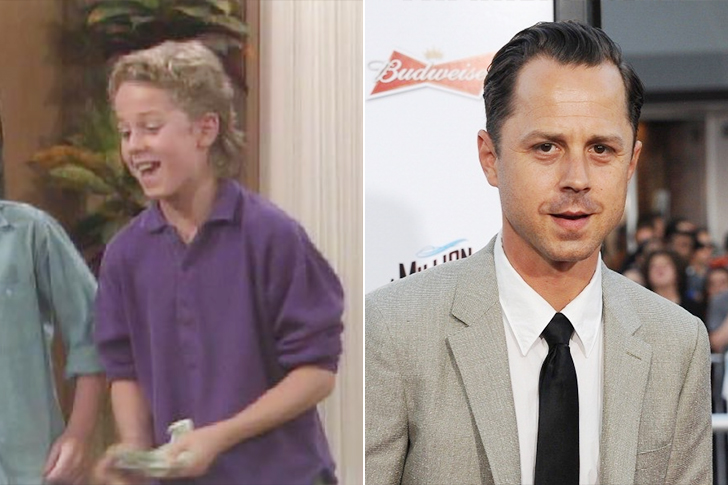 Giovanni Ribisi appeared once in Seasons 1 and 3 as Teddy, Bud's school friend. Giovanni has a long career of over 32 years (he started acting when he was 11) with almost 100 movies and TV shows credit to his name. He currently stars on the show "Sneaky Pete". 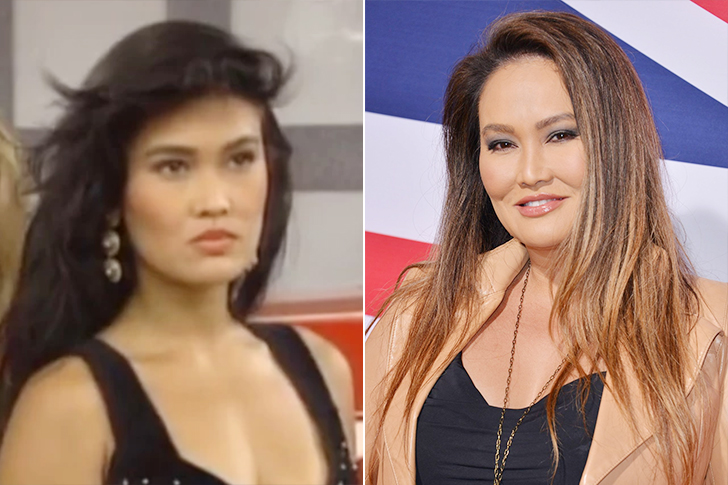 Way back in season 5 when Kelly went to modeling school she had a classmate nemesis named Piper Bauman who tried to copy her and steal her moves. Actress Tia Carrere only had a handful of roles before the show, later she had appearances in films such as "Wayne's World 1 & 2", "True Lies", "Showdown in Little Tokyo", "High School High" and she was a series regular in "Relic Hunter". In recent years Carrere is a full-time voice actress. 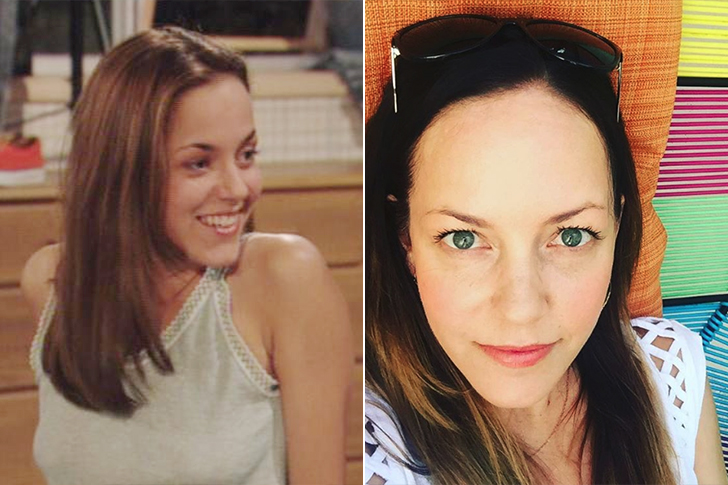 Amber was Marcy's niece and Bud's occasional fling. She was sent to live with Marcy to get her out of trouble, which didn't really work since she immediately hooked up with Bud. After season nine, Amber disappears without explanation much like the actress herself, which only had 4 small roles after the show and quit acting. 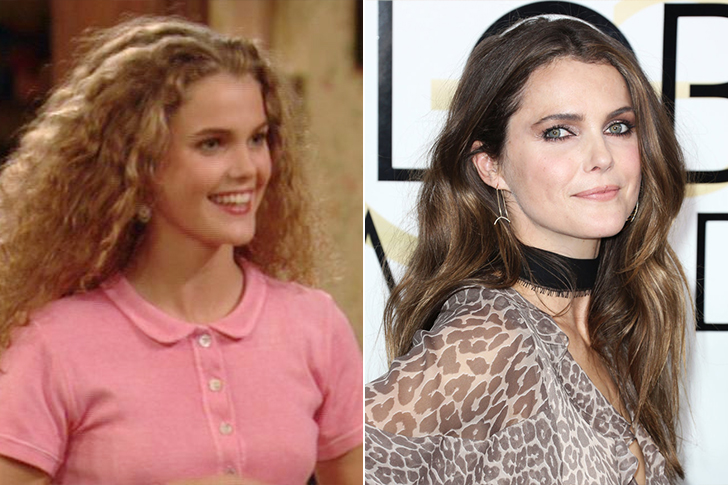 Keri Russell had played April Adams, Bud's fellow student (and object of affection) and an intern at Marcy's bank at the end of season 9. This was one of Russell's first roles, 3 years later she rose to fame with her starring role in the show "Felicity". Now 41 years old, Russell stars in the hit show "The Americans" alongside her real-life partner Matthew Rhys. 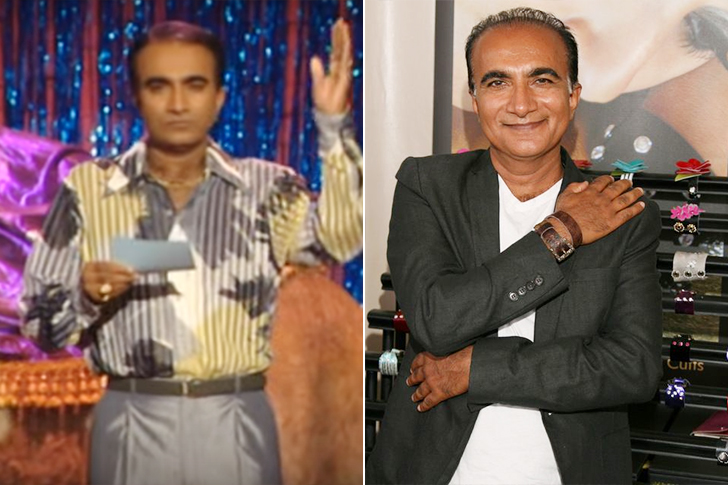 Iqbal is the owner of "The Jiggly Room", a sports/strip bar which is also the local hangout of NO MA'AM club members. The character appears in seasons 9, 10 and 11. The role of Iqbal on the series is played by actor Iqbal Theba, who coincidently shares the same first name as the character. Theba had many TV and film appearances over the years such as "Family Matters", "ER", "The Brink", " Transformers: Dark of the Moon" and most notably as Principal Figgins in the hit show "Glee". 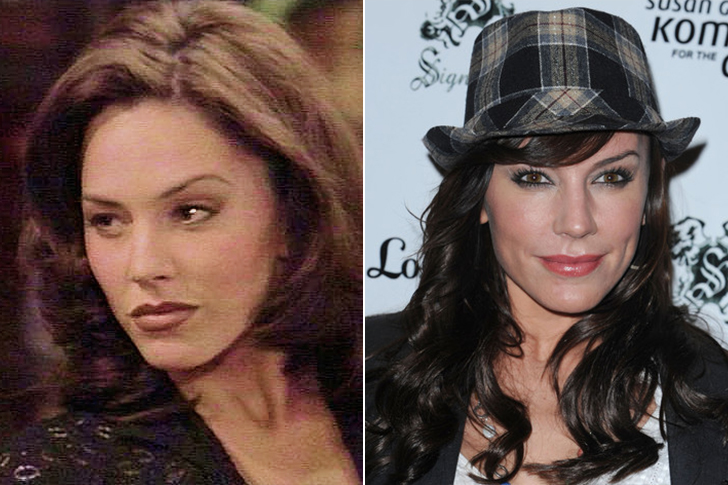 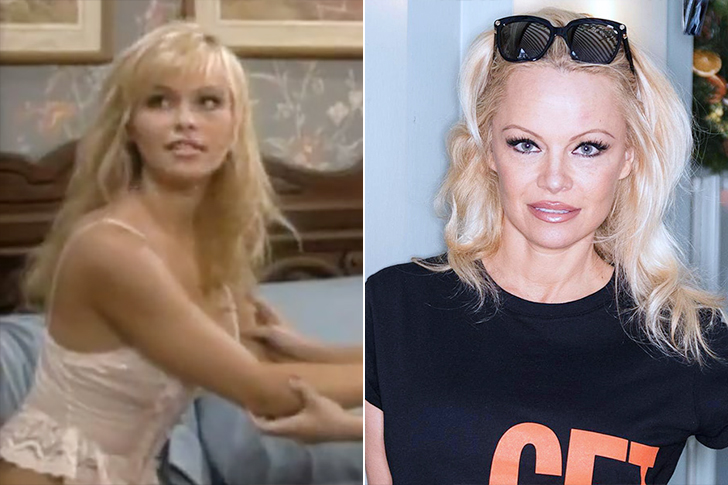 Pamela Anderson appeared in 2 episodes in Season 5, first as Yvette and then as Cashew, in both cases Anderson was a figment of Al's imagination in a fantasy.  A year later she received the role that made her famous in "Baywatch" which she will reprise in the 2017 "Baywatch" movie reboot. Anderson had a long and scandalous career including becoming a Playboy covergirl and a leaked sex-tape with her ex-husband, Tommy Lee. 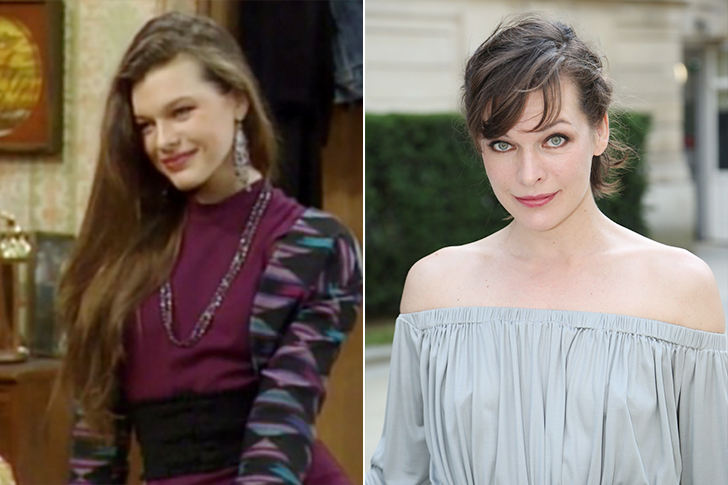 Remember that gorgeous French foreign exchange student, Yvette, that the Bundys hosted in their garage and stole all the attention away from Kelly at school? – that French bombshell is no other than supermodel and actress Milla Jovovich who is now 41 years old and the star of the "Resident Evil" film series.

Up NEXT a beautiful guest star from another one of our favorite shows – Saved By the Bell!

In season 4, Heather McCoy was a mean girl that played a nasty prank on Bud when he was younger and later again in high school involving a humiliating skinny-dipping incident. This was Thiessen's second role and since then she had a very successful career with leading roles in "Saved by the Bell", "Beverly Hills 90210" and "White Collar".